It's Okay to Struggle with God 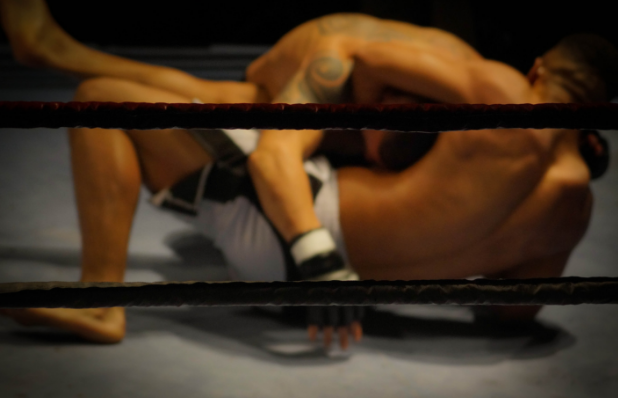 Why do we struggle with God?

There are really two reasons: one, we doubt his wisdom. And therefore, two, we want to be in control. Whenever we doubt God’s wisdom then we want to be God.  Because we think we know better than God does. We think we know what will make us happy more than God does. When God says, “don’t do that,” and we think, “I think that will make me happy, and I am going to do it anyway.”

Growing up, my kids have never doubted my love. They’ve always known that I loved them. But often they have doubted my wisdom. “I know Dad loves me. I just don’t think he knows the right thing in this situation.”

For a lot of us we’ve had that with our heavenly Father. We know God loves us. There’s no doubt in your mind that God loves you. But sometimes we just doubt his wisdom. Why did he allow that? Why did that happen? Why did he say no to this? Why isn’t this prayer being answered? We’re actually doubting God’s wisdom.

Jacob of all people demonstrates struggling with God. In Genesis 32 we find Jacob’s wrestling match with God. It's such an interesting story, with so much meaning.

Genesis 32:22-24 “During the night Jacob got up and took his two wives, his two servant wives, and his eleven sons and crossed the Jabbok River with them. After taking them to the other side, he sent over all his possessions. This left Jacob all alone in the camp, and a man came and wrestled with him until the dawn began to break.”

Let me set this story up:

Jacob cheated his brother Esau, his twin brother, out of his blessing, from the family, and birthright. So he got the inheritance. His brother Esau had intended to kill him. So Jacob ran away to another part of the country and married his uncle’s daughter Rachel and also married Leah, and lived there for at least fourteen years. After a while God says to Jacob, “Jacob, I want you to go home, back to where you were born.” He is regretting it, because he knows that his brother wants to kill him.

On the way going back home Jacob and his whole family, they’re very large now. He’s got servants, he’s got cattle, he’s got sheep, he’s very very wealthy. He hears that his brother Esau is heading toward him with four hundred armed men. This is not a happy family reunion. He’s scared to death.  But he knows God has told him to go home, to his home country, yet he knows when he goes back, “my brother has said he wants to kill me because I’ve stolen from him.”

God shows up and starts wrestling Jacob.  It says,

Gen 32:25-26 “When the man saw that he would not win the match, he touched Jacob’s hip and wrenched it out of its socket. Then the man said, “Let me go, for the dawn is breaking!”  But Jacob said, “I will not let you go unless you bless me.’”

It says here that the Man said he wasn’t winning the struggle. If Jacob is wrestling God, clearly God could have overcome him instantly. Clearly in this wrestling match between God and Jacob, it’s kind of a tie. So what is going on here? God could have easily overwhelmed him. But he lets this struggle go on.

There’s a very important lesson for you right here: God loves it when you wrestle with him!

Some of you are in a struggle right now with God. God loves it when you struggle with him. Why? Because the opposite of struggling with God is walking away from God. The opposite of struggling with God is running away, avoiding, saying, “forget you, God.” God would rather have you fighting him than fleeing him.  Wrestling is a face to face encounter. So he’s letting this struggle go on even though he could have just instantly ended it. He’s letting Jacob think he’s winning. But Jacob says, “I’m not going to let go until you bless me.”  The Man, this represents God, asks “What is your name?”  That’s a strange question in the middle of the wrestling match.

Gen. 32:27-28 “What is your name?” the man asked.  He replied, “Jacob.” “Your name will no longer be Jacob,” the man told him. “From now on you will be called Israel, because you have fought with God and with men and have won.”

What’s going on here? They’re in this wrestling match. God is wrestling Jacob. Jacob has been a runner. He’s been trying to get away from God his entire life and running from responsibility. He says “What’s your name?”

One of the things we know about God is this: Whenever God asks you a question he already knows the answer.  He wants you to know the answer. God knew what Jacob’s name was. God had never missed a day of Jacob’s life. God created Jacob. But what he wants Jacob to do is admit who he is. Because in those days names meant something. You were named for your character. Jacob literally means deceiver.

God says, “You’ve fought with [me well in this] and you’ve won.” God has never said that about anybody else, and there are some important lessons to learn here. He says, “So your name will be Israel.” This is the man who the Israel nation is named after – the Jews. He’s given a new identity.  As a result of this wrestling match,

Gen 32:29-30 Then he blessed Jacob there.  Jacob named the place Peniel (which means “face of God”), for he said, “I have seen God face to face, yet my life has been spared.”

Let’s look at how do I go through struggles in my life, particularly when I’m struggling with God.  When I’m angry with God, when I’m mad at God, when I’m disappointed with God, when I think God has let me down, when I’ve prayed and haven’t gotten an answer. That’s called a struggle, friends.

We need to understand that the only reason we can wrestle with God is, as I said, because God loves it and God loves you. God is not an apathetic God who just sets the world in motion and doesn’t care about how you feel. He cares deeply about how you feel. He loves you and he cares about you and he’s sympathetic, he’s not apathetic and he’s not detached.

The truth is, the very fact that God allows you to argue with him is because God cares. Because God loves you. The Bible talks about a kind of prayer called a lament. Most people don’t know how to lament. A lament is a passionate complaint to God. God doesn’t want you just to praise him. God wants you to lament to him. God doesn’t want you just to confess to him. God wants you to complain to him. It’s an act of worship when you complain to God. It’s an act of rebellion when you complain about God.

This pattern is the pattern you use to successfully argue with God. Are you ready for this? You need this. This is a form of prayer. To help you remember it, I want us to remember how much God cares about us, we put it in a little acrostic – CARE.

C – The C stands for Complain. So If I’m going to have a lament prayer, I don’t like what’s going on in my life and I want to complain about it, I want to lament about it, the first thing I do is I complain.  That’s the first thing. The second, the A in care stands for…

E – I Express trust in God’s wisdom and the things I don’t understand. I express trust. No matter who it is in the Bible, when they are complaining, when they are lamenting to God, they follow this pattern. I could take you to Proverbs and Psalms and prayers all through Scripture. Complaining, appealing, reminding, expressing.