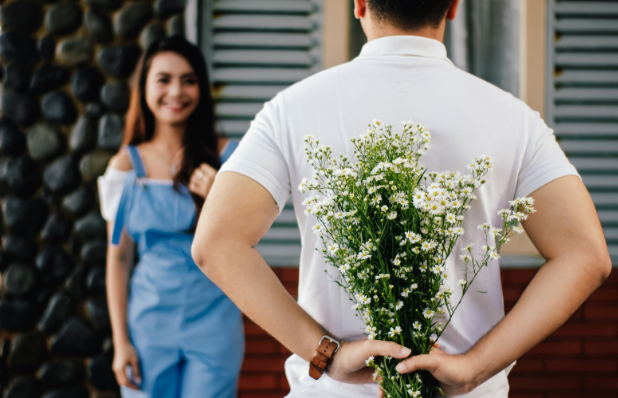 It’s forward looking. It’s optimistic. It’s not stuck in the past. It’s not always looking backward. Lasting love is hopeful.

Bruce Wilkinson who wrote that book The Prayer of Jabez, years ago was a new professor at a University in Portland, Oregon called Multnomah University. He said the first time he went there the faculty gathered like in the faculty lounge and they were passing out all the class assignments for the year. He was a brand new professor. Somebody looked at the classes that Bruce had been given and said, “Bruce, you’re a lucky dog! You’ve been given two of the Section A classes.”

He said what’s that? The gentleman replied, “Section A are the brightest students in the university.  They’re the advance placement. Every year we figure out who are the kids who have the best test scores coming out of school and we put them into Section A classes. They’re a joy to teach. They’re smart, they’re bright, they’re funny, they’re engaged, they want to learn. You’re going to love having those classes and you’re lucky being a new professor getting Section A in your first year.”

Bruce said throughout the entire year it was true. I absolutely loved teaching those kids. They were so much more fun than the other classes. They were smarter. They were brighter. They asked better questions. They were more intelligent. It was a joy to teach the Section A classes.

He said at the end of the year, they were gathered in the faculty lounge again waiting for graduation to happen. He made the comment to his department supervisor “Man, I sure hope I get the Section A classes again next year!” The supervisor looked and said, “Bruce, there is no section A.” Oh, yeah there is. One of the professors told me. “No, Bruce, we canceled that program six years ago.”

He goes on to explain, “I had set them up with my expectations. I expected them to be better and they were.”

Friends, who are we setting up? We can set people up with our nagging, which takes them down.  “You always do this.” When we say that all we’re doing is guaranteeing the perpetuation of the past.  We need to remove that from our vocabulary: “You always do this!”  What are we doing? We’re labeling, we’re setting them up for failure.

That’s love. Love always expects the best. Love does not nag. Love says, “I see what you could become. I see what you’re becoming. I believe in you. I expect the best.”

So who are we programming with our expectations? We don’t change bad people into good people by telling them they’re bad. Which is, by the way, why I never preach that kind of message at Seminole. It doesn’t work. What I talk about is how God sees us, and what we could become.  Whatever we want the people in our life to become, treat them the way we want them to become, not they way they are.

Guys, you want your wife to treat you like a king? Treat her like a queen. It’s real simple. Emphasize the positive. Forget the nagging. Tell it like it is? No. Tell it like it can be. Visualize potential. Start expecting the best from them.