Overcome Your Fear of Confrontation and Conflict 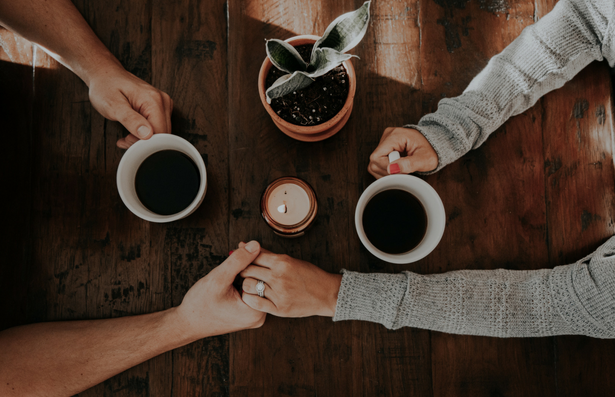 Nobody likes conflict. Well, no healthy person that is. Many of us are genuinely afraid of conflict. The fear of conflict is as old as Adam and Eve. Adam and Eve messed up, and their relationship with God was broken.  After they sinned, they end up hiding because they don’t want to face the reality of the conflict.

Adam, in Genesis 3:10, says to God “I heard you in the garden; and I was afraid because I was naked, and so I hid.” When he talks about “naked” it means “I was exposed. I was vulnerable. You could see everything about me.” And men have been hiding from God ever since.

It is fear that keeps us from connecting at the deepest level with those we love the most!

2 Timothy 1:7 “For God has not given us a spirit of fear and timidity, but of power, love and self discipline.”

You already know who you need to deal with right now. You need to say, “God, fill me with your love. Give me that courage that comes from love.” You pray about it. What I’m saying is you talk to God before you talk to them.

God expects us to take the first step. That’s called being a peacemaker. Jesus talks about this in the Sermon on the Mount. In Matthew 5:23-24 he teaches this principle of taking the initiative.  It’s the first key to conflict management. He says in

Matthew 5:23 “So if you are presenting a sacrifice at the altar in the Temple…”  What’s he talking about here?  You’re at worship. It’s what you’re doing right now.  If you’re standing before the altar in the temple, if you go to church to go to worship and you’re giving an offering to God… “and you suddenly remember that somebody has something against you, [It’s not that you have a problem; it’s they’ve got a problem with you.  Either way, you take the initiative. You remember that somebody has something against you.]  leave your sacrifice there at the altar.  Go and be reconciled to that person. Then come and offer your sacrifice  to God.”

God says reconciliation takes priority over worship. Wow! He says if we come to worship and we’ve got a problem with somebody else, we need to go get that right first and then come back. He says leave your gift at the altar, go at once and be reconciled. Then come and offer your gift to God.