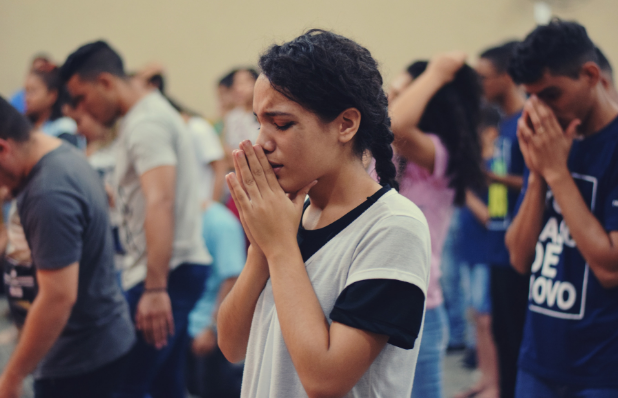 Is that really the way God acts? No.

What’s God really like? We grow up and we get this idea that he’s up in heaven waiting to zap me for something I do wrong. But here’s what he’s really like.

That’s who God is. He is not the God who is waiting to get you. He’s the God that’s waiting to forgive your sins. God is a God who wants to forgive.

Ephesians 1:4 “Even before he made the world, God loved us and chose us in Christ to be holy and without fault in his eyes.”

Even before you were born, even before the world was made God was already planning in Christ to forgive your sins. That’s amazing. All the guilt that’s in your life, God made a plan for that guilt, to give you forgiveness even before you were born. He knows every wrong thing I’m going to do, every wrong thing you’re going to do. None of it is a surprise to him. God knows everything we’re going to do, and he’s already planned to forgive us in Jesus Christ.

Romans 8:1 “So now there is no condemnation for those who belong to Christ Jesus.”

Matt 26:28 (Jesus) “For this is my blood, which confirms the covenant between God and his people. It is poured out as a sacrifice to forgive the sins of many.”

It came at the cost of Jesus’ blood. He gave his life so that you and I can be forgiven. Because of THAT, there is no condemnation for those who are in Christ Jesus. That means unconditional, complete, consistent, eternal, by grace forgiveness in all of our lives. What a relief! What a relief that I don’t have to pay for my own sins, make up for my own sins, suffer for my sins somehow in eternity.  It’s paid for by Jesus Christ.  I am forgiven.

Once I recognize that, that he’s forgiven me, then I’m enabled, I’m strengthened to forgive other people in my life. These next verses talk about how you and I can do that. The Bible says this in

Matt 18:33 “Shouldn’t you have mercy on your fellow servant just as I have had mercy on you.”

Because God has given me so much mercy and forgiveness, that gives me the ability to give it to others.

Who is there this week that you could forgive, that you could offer forgiveness to? It might be somebody who has hurt you. Or it might be somebody that you know who is just under a burden of guilt in their lives. You just need to let them know that God has forgiven them just like he’s forgiven all of us. Write their name down then make plans this week to let them know about God’s forgiveness.