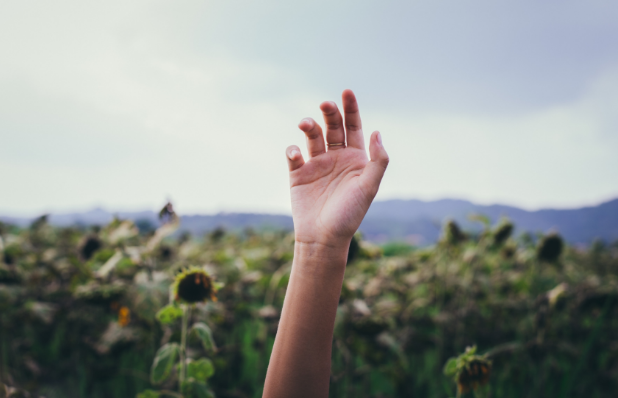 We can’t get over our hurt until we admit that we were hurt in the first place. It’s that simple. We can't forgive what we don't want to own up to.  You might be thinking, okay, but what’s a practical way to “admit my hurt?” What does that look like?

Try this: sometime this week get out a piece of paper and write down all the people that have hurt you. (Sounds fun right?) Seriously though, this will help. Be specific about those past hurts that you’ve been playing over and over in your mind like a broken record.

Now, If you’ve forgiven them and you’ve moved on, forget about it. I’m talking about the ones who are still creating this tension in your life, write it down. Be specific.

Then, you  release your offender. You let them go. You stop holding on to the hurt.

We do this by forgiving them. Wait… But, what if they didn’t ASK for forgiveness? Don’t wait for them! Honestly, they may never even ask, and you don’t want that unforgiveness holding you back from God’s healing right now.

Matthew 18:21-22 “How many times should I forgive my brother when he sins against me?” Jesus answered, “Not seven times, but seventy times seven times.

So, how often do I have to forgive?  Jesus is saying forgivness has to be continual. Forgiveness is not a one shot deal where you say, "I forgive you" and that's it. Why? Because those feelings are going to keep coming back again and again, like a wave, and every time we need to choose to forgive the offense until we have released them fully.

How do we know when we have released an offender, fully? When we can think about them and it doesn't hurt anymore. When we can pray for God's blessing on their life. When we can begin to look at understanding their hurt, rather than focusing on how they hurt us, because hurt people, hurt people. That's when we know we've released them. We keep forgiving them, keep forgiving them, until finally we can think of them and it doesn't hurt anymore.

I want to be very careful how I say this, because I realize that some of you have been hurt very, very badly, and many of you had nothing to do with the wrong that was committed against you. You’re thinking, “There’s no way I will ever forgive that person. Not after what they did to me.” Maybe it was molestation or physical abuse or adultery. Some of you have been VERY SERIOUSLY HURT, and if that’s you I’m so, so sorry.

But here’s the truth: if you don’t forgive you’ll never find peace. Please know that forgiving them in no way excuses what they did. But it will release you from the power that they have over you.

So, in releasing and forgiving an offender it’s not always possible or advisable for you to go back to somebody that’s hurt you. Some of the circumstances may have changed. Maybe they’ve remarried, so there are other innocent people involved. Or they’ve moved away or perhaps they’re even dead now.

Here’s a  couple ideas to release these types of offenders in your life:

You do it for your own sake so you can begin to experience God’s freedom and peace.

Colossians 3:15 (NLT) And let the peace that comes from Christ rule in your hearts.  For as members of one body you are all called to live in peace.

Let God settle the score.  He can do a whole lot better job than you can anyway. We have to trust him to take care of that person and that situation. In return, we get his peace.