Why Should I Forgive Someone Who Hurt Me? (Part 2) 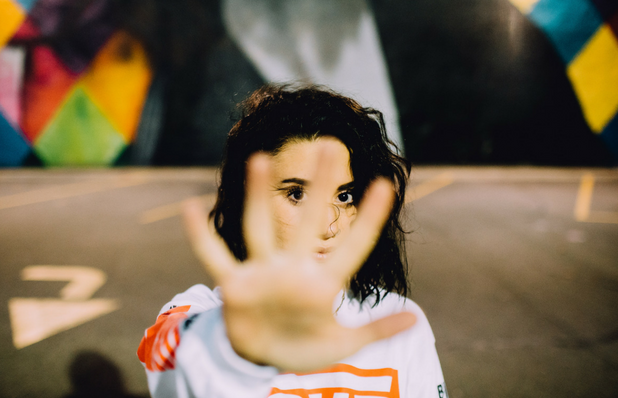 Do you struggle with forgiveness? Perhaps someone hurt you so badly, that forgiving them just feels like you're letting them off the hook, that they're going to get away with everything that they did. Why forgive them? What's the purpose.

Here are three reasons why forgivness will help heal you.

If you missed part 1, read it here.

Actually it's very self-destructive. It's counterproductive. It always hurts you more than anybody else.

But three times in the book of Job we're told that resentment doesn't work.

Resentment is foolish and it's senseless. Would you agree that sometimes, when we're so filled with hate or resentment or bitterness, that we do really foolish things? We do really dumb things when we try to get even with people.

Resentment always hurts us more than it hurts the other person. It makes us miserable. No matter how resentful you are, no matter how bitter you are toward that person who hurt you (mother, father, ex-husband or ex-wife, that person at school, that former friend who betrayed you) all the resentment in the world is not going to change the past. All the resentment in the world will never solve the problem.

All the resentment in the world, in fact, never hurts that person, it just hurts you. Maybe they hurt you six years ago and now every time you think about it, it still causes pain in your life. They've gone along on their merry way; they've forgotten the issue. When you hold onto a hurt it's like holding on an exposed electrical wire. You're going to burn up. Resentment does not hurt the other person. It hurts you.

3. BECAUSE FORGIVENESS IS SOMETHING I NEED IN THE FUTURE.

This thing of forgiveness is a two way street. We can't expect everybody to forgive us if we are unwilling to forgive other people.

Matthew 6:14-15 “If you forgive those who sin against you, your heavenly Father will forgive you. 15 But if you refuse to forgive others, your Father will not forgive your sins.

He's saying we cannot receive what we're unwilling to give. That's the way it works.  Forgiveness is a two-way street. God says "How do you expect Me to forgive you,if you don't forgive other people?"

A man came to John Wesley one time and said, "I could never forgive that person." Wesley said, "Then I hope you never sin.  When you are unforgiving, you're burning the very bridge you need to walk across." The bridge of forgiveness. We're setting ourselves up to be unforgiven.

I've talked to many people over the years about learning to let go of hurt. I've heard this many, many times, "You just don't understand. You don't know my hurt. You don't know how that parent hurt me. You don't know how for years and years I was abused." Or this or that reason. You're right. I don't know. But God says for our own sake we need to learn to let go. For our own sake.  We're not helping the situation by holding on to the hurt. When we hold on to a hurt, we're still allowing somebody in the past to continue to hurt us. They can't continue to hurt us unless we choose to allow it.